South Africa’s President Cyril Ramaphosa set a target to get 70% of the country’s adults vaccinated by the end of 2021. However, by the end of that year only 39% of adults had been fully vaccinated.

Yet, despite this shortfall, across three rounds of surveying conducted during 2021 by the University of Johannesburg and the Human Sciences Research Council, we found that over two-thirds of adults indicated a willingness to vaccinate or had been vaccinated. These findings are similar to those found by other surveys, including IPSOS and NIDS-CRAM.

This raises the question: why have vaccination rates consistently lagged behind these reported figures of vaccine acceptance?

We explored this crucial question using data from 6,633 survey responses in late 2021. The data were weighted to match Statistics South Africa’s demographic and vaccination profile of the population. The results can be regarded as broadly indicative of the views of the adult public.

Our survey sought to identify structural barriers to vaccination. These relate to challenges other than vaccine hesitancy that might be preventing people from getting vaccinated. Vaccine hesitancy can be considered as a psychological barrier.

We asked those who had not been vaccinated the question: “Do any of the following things make it difficult for you to get a COVID-19 vaccine?”.

Participants were provided with a list of six barriers to vaccination. The list was based on research by the National Vaccine Monitoring Group and from international surveys also attempting to identify structural barriers.

Participants were also given the opportunity to explain in their own words what additional barriers they faced in getting vaccinated. In these responses, some issues of vaccine hesitancy did arise. Participants could select more than one answer.

We analysed responses among those who were favourable towards taking the vaccine, that is, those who would “definitely” or “probably” take a COVID-19 vaccine. The predominant barriers to vaccination related to a lack of awareness of where to get the vaccine, which was reported by 23% of vaccine accepting adults, and issues of access. Access barriers related to sites being difficult to get to (17%), the cost of getting to a vaccination site being too high (17%), or not having the time (16%).

Other reasons for delaying vaccination included the need to be accommodated due to having a disability (4%), administrative barriers (3%) such as not having an identity document, a concern that pregnancy or breastfeeding meant that one could not vaccinate (2%), having some other underlying health concern (2%), or having caregiving responsibilities (1%).

However, a large share (28%) of vaccine favourable adults said that they faced no barriers to vaccination. This means that there remains some uncertainty as to why there was still a gap between intention and uptake of vaccination.

Barriers to vaccination differed according to whether one intended to “definitely” or “probably” vaccinate. For those who said they would definitely vaccinate, the two most common barriers were not knowing where to get a vaccination and the vaccination site being difficult to get to.

By contrast, the two top-ranked concerns among those who said they would “probably” vaccinate were not having time to go and lingering vaccine hesitancy.

When we take this analysis further, we see that income plays a large role in shaping the structural barriers people face in accessing vaccination.

This shows that structural barriers play a significant role in hampering the uptake of vaccination.

What needs to be done?

The concerns we are raising about vaccine inequality and barriers to vaccination are not new. The Community Organising Working Group and the National Vaccine Monitoring Group have been raising similar concerns for some time and demanding that the government needs to get “vaccines to the people”.

Our analysis underlines this message. A large share of the adult population (38%) remains unvaccinated but professes a willingness to vaccinate. There are still some issues with vaccine hesitancy among this group. But our analysis clearly suggests that structural barriers are constraining further success of the vaccine roll-out.

Greater attention needs to be placed on using mobile vaccination units that can overcome these barriers to ensure that vaccines are easily available to all those who want one. This needs to be accompanied by targeted information campaigns to address lingering knowledge gaps, as well as uncertainties and concerns relating to COVID-19 vaccination. May 23, 2022
How South Africa is integrating COVID into routine care for mothers and babies 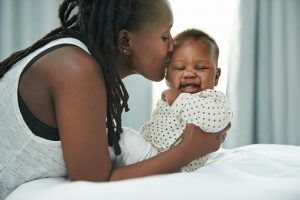