MPUMALANGA – Police at Bushbuckridge have launched a manhunt for suspects following an incident whereby a bakery business was robbed by a group of armed suspects on Thursday night, 06 January 2022 at around 23h30, getting away with cash, firearms and a company vehicle.
It is alleged that security officers were patrolling the premises around Sunbake Bakery when about eight armed suspects stormed in and found security officers parked their bakkie at the gate enroute to Nelspruit. The suspects then held the guards at gunpoint and robbed them of their company’s firearms and further instructed them to open the gate. All security guards were reportedly locked in an office whilst the suspects broke the cash office and detonated some explosives to force open the safe. They then took an undisclosed amount of cash and further robbed them of their company (Bidvest) Toyota bakkie (registration no: TY 74 FS GP) and fled the scene towards the direction of Hazyview.
Meanwhile police are investigating the incident and request anyone with information on the whereabouts of the suspects to immediately contact Lieutenant Colonel Elizabeth Bhiya on 0726377947 or call the Crime Stop number at 08600 10111. Alternatively, members of the public can send information via MYSAPSAPP. All received information will be treated as confidential and callers may opt to remain anonymous.
Tags: bushbuckridge crime mpumalanga mpumalangapress 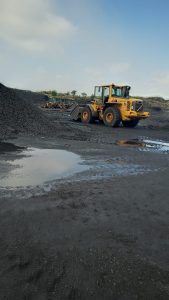