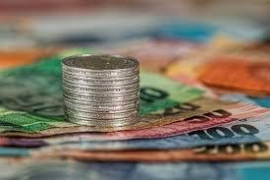 This follows conclusion of the negotiations where the two bodies reached an agreement on Friday.

Safety of buildings on Parliamentary precinct

“Parliament’s management reiterated their commitment towards ensuring the safety of all the employees and other stakeholders on the Parliamentary precinct. Following these fruitful engagements, all employees who were expected to be at work on Monday returned to their workstations,” Mothapo said.

Parliament reiterated that only the National Assembly, Old Assembly, and the National Council of Provinces’ buildings were affected by the fire and are currently off-limits to staff.

The other buildings, including the Marks building, 90 Plein, 100 Plein, and the Good Hope Centre, are open and safe for officials.

“Despite the devastation of the fire disaster that gutted parts of the Parliamentary precinct, Parliament once again assures workers of their safety in buildings that were not affected by the fire,” Mothapo said. – SAnews.gov.za Mar 4, 2022
Retailers find ways to cash in on township economy​ Retailers find ways to cash in on township economy​