SIYABUSWA – A hefty sentence handed down to a 28-year-old man for murder has been welcomed by the police management in Mpumalanga. Percy Tlamama was sentenced by the Mpumalanga Division of the High Court which was sitting in Middleburg today, Wednesday 09 June 2021. 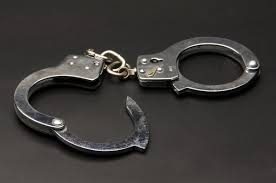 The court reached its decision to sentence the accused after it was heard during the trial that in December 2017, Tlamama stormed into a 56-year-old Johannes Moekwa’s house in Siyabuswa, took advantage, and robbed the man of his personal firearm, and fatally shot him. It is said that he also stole an undisclosed amount of cash from the said house as well as livestock which included some goats and sheep. The accused further stole a Toyota Hilux bakkie and used it as his gateway vehicle.

Police were notified about this gruesome act where they immediately instituted an investigation. They worked tirelessly to ensure that the one responsible for the murder was brought to book.

Tlamama is said to have continued with his journey to satisfy his greed where on 28 January 2018, he hijacked a VW Polo which was driven by a 27-year-old man who was in the company of his female friend. This incident occurred also in Siyabuswa. During the hijacking, the accused robbed his victims of their personal items, including cell phones, wristwatches, and bank cards. Tlamama then went to an ATM and withdrew cash from his victims’ bank accounts.

Both cases were probed and during the tour of the investigation, members of the public notified police that they saw Tlamama driving the vehicle belonging to the deceased. Police followed the information and on 19 September 2019, the suspect was apprehended. He then informed investigators of his involvement in the said hijacking incident. The hijacked VW Polo was then recovered at Mamelodi in Gauteng Province and during its seizure, police also found a firearm stolen during the murder of Moekwa. Police then linked the accused to both incidents where he was charged accordingly and appeared before court where he was convicted and sentenced as follows:

– On the count of murder, he was sentenced to life imprisonment.

– On the count of robbery with aggravating circumstances, he was slapped with 15 years imprisonment.

– On the count of kidnapping, he was sentenced to ten years imprisonment.

– On the count of unlawful possession of a firearm, he was sentenced to five years imprisonment.

– On the count of unlawful possession of ammunition, the accused was sentenced to three years imprisonment.

The court has decided that all the sentences will run concurrently with the life sentence, meanwhile, he was found to be unfit to possess a firearm.

The Acting Provincial Commissioner of the SAPS in Mpumalanga, Major General Thulani Phahla has lauded the sterling work displayed by a team of Investigators, the Prosecution, as well as the Judiciary. “The public will sleep better knowing that the state has put one murderer behind bars for a very long time. We hope that this sentence will encourage our communities to continue to support the fight against crime by providing valuable information to authorities. ” concluded General Phahla.