Government commits to working with Traditional and Khoi-San leaders

Deputy President David Mabuza says government is committed to ensuring that the National House of Traditional and Khoi-San Leaders (NHTKL) succeeds in its mandate to uplift and lead the communities that it serves.

He was speaking at a dialogue held in Pretoria between Traditional and Khoi San leaders and the Inter-Ministerial Task Team in response to matters raised by Traditional Leaders.

The dialogue – which is in response to the opening of the NHTKL in Parliament last month – seeks to address:

The Deputy President said the NHTKL remains an “embodiment of our collective history” and that its existence is a critical cog in the development of traditional communities.

“On our part as government, we commit to supporting the leadership of the [NHTKL], by providing an enabling environment for the institution in order to succeed in positively affecting the overall development of our communities and the country, thereby instilling hope for a sustainable and better tomorrow.

“This is in line with people’s expectations that their needs and aspirations; and that the realisation of their right to development is not stunted as a result of unnecessary contestations among ourselves and all spheres of government,” he said.

Deputy President Mabuza emphasised that the realisation of the development of those communities will be greatly enhanced if government and traditional leaders are working towards a common goal.

“[We] have to work together in partnership and be at one in terms of the programme of action with clear implementation timelines, and encapsulated in a social compact between government and the institution. Unity of purpose, is the cornerstone for any society that aspires for greatness and is determined to prosper.

“We appeal that…we utilise this dialogue to further communicate to society that to us, collectively, it is the people’s interests that matter the most than our petty contestations, and we dare not fail in moving our country forward,” the Deputy President said.

Deputy President Mabuza highlighted that as government continues to institute initiatives to address the issues of traditional leaders and their communities, the COVID-19 pandemic continues to loom large.

“We appreciate the ongoing guidance and support that the institution of Traditional and Khoi-San Leadership has provided since government first introduced COVID-19 containment measures as well as on the rollout of vaccines against the Coronavirus.

“[We] look forward to hearing further from Traditional and Khoi-San Leaders on the implementation of the COVID-19 Risk Adjusted Strategy, including responding to the update on this Strategy that will be provided by the Minister of Cooperative Governance and Traditional Affairs,” he said.

The Deputy President highlighted that the election of Her Majesty Nkosikazi Nomandla Mhlauli as the chairperson of the NHTKL marks a significant step towards transformation in traditional leadership.

In January this year, Nkosikazi Mhlauli made history when she was elected as the first woman to lead the body of traditional leaders.

“The election of the chairperson in particular bodes well in affirming the ongoing struggle to have women in positions of authority. This election could not have come at a better time than now, when we take stock of strides that we have made under the observation of International Women’s Day this past Tuesday,” Deputy President Mabuza said. 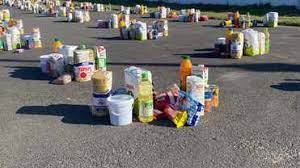