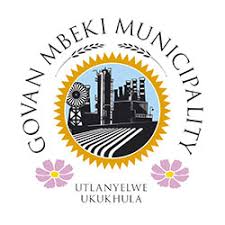 The DA will petition the National Minister of Cooperative Governance and Traditional Affairs (CoGTA), Dr. Nkosazana Dlamini-Zuma, to intervene following the premature lifting of administration in the Govan Mbeki Municipality.

The DA is condemning the step that Section 139 (1)(B) be lifted as it was clearly not thought through, was completely premature, and totally irresponsible. The municipality is still cash-strapped and struggling to deliver basic services. Have they not noticed that service delivery protests are still ongoing because of their very lack of service delivery?

Former CoGTA MEC, Mandla Msibi, originally placed the municipality under administration (Section 139) from 28 October 2020 after pressure from the DA and local communities.

For years, Govan Mbeki Municipality has been experiencing serious and uncontrollable sewage spills and the DA reported them to the South African Human Rights Commission (SAHRC) and the Department of Water Affairs and Forestry (DWAF) in 2017. Since then, nothing has been fixed. Instead, money meant to fix issues like sewage spillage and water provision was recently diverted to pay Eskom whom they owe over R2 billion.

While answering questions in a virtual sitting of the Mpumalanga Legislature on June 8, 2021, new CoGTA MEC Busisiwe Shiba confirmed they have decided to lift Section 139 (1)(B) in Govan Mbeki Municipality, merely because the new Mayor, Nhlakanipho Zuma, and his team “are doing well”.

The DA is however concerned that the fundamental issues that got the municipality under administration in the first place have not yet been fixed and addressed. Additionally, they are still struggling to strengthen revenue generation and improve billing systems.
As we write this statement, residents of Bethal (outside Secunda) are on service delivery protest where they completely shut down the small town. Businesses are closed, schools are closed, and there is no transport at all.

They are complaining of the following:
– Loadshedding that lasts for 8 hours a day.
– They go for four days without water in any given week.
– Sewage spills in all streets and yards.
– Refuse is not collected in time.
– They become victims of robbery because street lights are not working.
– Streets are full of potholes.
– Lack of employment opportunities.

How can the Mpumalanga government lift the Section 139 (1)(B) intervention if this municipality still fails to deal with issues of basic service delivery and both aspects of revenue streams; namely revenue generation strategies and creditor repayment?

Through our counterparts in the National Assembly, the DA will write to Dlamini-Zuma asking her to intervene and place Govan Mbeki under the administration of her department because the situation in the municipality has not improved but regressed and worsened between November 2020 and June 2021 whilst under provincial intervention because of a lack of political will. 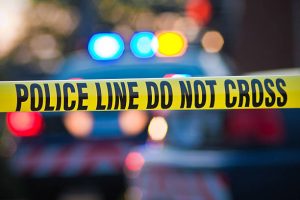