The increasing academic and clinical interest in how lifestyle factors, typically associated with physical health, may also impact mental health, have prompted researchers to look more closely into the effects of tea-drinking on psychological well-being.

Currently, a third of people with anxiety and depression never find an effective therapy, which is why scientists are starting to explore new, more integrated forms of treatment that look at the interconnectivity between the brain and the gut. 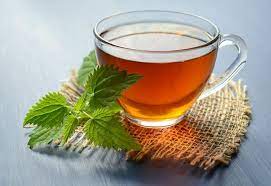 “In recent years, the role of nutrition in mental health and preventative medicine, has prompted explorations into the effects of tea, especially herbal tea, on mental health.

“Researchers have found that frequent tea consumption has a strong linear relationship with reduced rates of depression. One study determined that for every three cups of tea consumed a day, the relative risk of depression decreased by 37%. It’s likely that the healthy compounds in tea stimulate a positive response in the gut and brain, which improves mood. Similarly, the act of making tea is in and of itself relaxing, which allows us a mental and emotional breather.”

Among the major triggers of depression is stress. The effects of chronic stress over a prolonged period are harmful and increases the risk of depression and anxiety disorders. Severe stress, caused by life events, such as a divorce or financial loss, sends the psyche out of equilibrium, therefore it’s vital that stress is managed properly. Already, one in three South Africans suffer from depression and rates are climbing.

Research into locally grown Rooibos tea points to its stress-relieving properties and ability to alleviate anxiety.

Scientists from Stellenbosch University found that Rooibos tea contains two rare antioxidants, namely, aspalathin and nothofagin, which interferes with the production of cortisol – a stress hormone secreted by the adrenal gland.

Tests were carried out in a lab on adrenal cells that were stimulated to mimic a stress response similar to which occurs in humans. They concluded that Rooibos tea does lower the production of cortisol and by doing so, also lowers the body’s response to stress.

An added benefit is that Rooibos is caffeine-free, which helps the body to relax, whereas caffeine interferes with sleep, dehydrates you, increases blood pressure and raises anxiety levels.

Du Toit says Rooibos is rich in polyphenols – compounds found in plants, including flavonoids and phenolic acid that benefit the body and fights disease. It also helps to widen blood vessels, which in turn reduces blood pressure and anxiety.

“Globally, we are seeing a move towards more natural ways of treating a variety of illnesses. Researchers are only beginning to examine how tea exerts its effects on mood and cognition. For now, they are trying to identify the major active compounds that give tea its mental health benefits and whether they work alone or in combination with other compounds present in the beverage.”

She says during the pandemic, tea has taken on a bigger role in people’s lives as many have turned to it for solace.

“The numerous challenges that the pandemic has brought has caused a surge in depression and anxiety worldwide. This places a tremendous burden on healthcare systems, and with limited available treatment options, dietary agents, such as tea, should be explored – even if the effects are moderate.

“As researchers strengthen their understanding of how various teas act on the body and how much of it should be consumed to produce the desired effect, there is no reason not to encourage people to drink tea as a means to improving mood,” remarks du Toit.

October is Mental Health Awareness Month. If you or a loved one is experiencing anxiety, apathy, feeling hopeless, having trouble sleeping, crying excessively, is restless, experiencing changes in appetite, mood, energy or concentration levels or have suicidal thoughts, contact the SADAG helpline on 0800 70 80 90.

What’s in a name? Why giving monkeypox a new one is a good idea 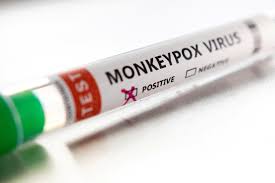 What’s in a name? Why giving monkeypox a new one is a good idea

Jun 24, 2022
The air in South African Highveld cities smells foul in the winter: here’s why 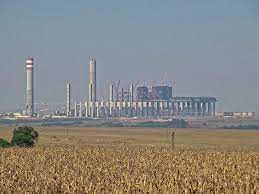 The air in South African Highveld cities smells foul in the winter: here’s why

Jun 20, 2022
Children’s mental health and the digital world: how to get the balance right 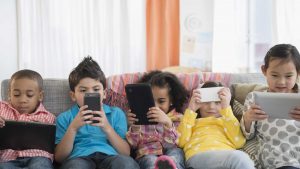 Children’s mental health and the digital world: how to get the balance right