About 842,000 people die every year from diarrhoea in rural communities because they lack safe water and adequate sanitation. Water and sanitation are essential in preventing a number of other infections and hygiene-related diseases.

In South Africa, severe shortages of water and difficulties in accessing it have led to regular protests in municipalities across the country. Bushbuckridge, a rural sub-district, is one.

The Bushbuckridge local municipality is among the driest areas in South Africa. Rainfall is low but the area is susceptible to occasional flooding. And the municipality struggles to supply potable water to most villages in the area.

Within the municipality is the Agincourt health and demographic surveillance site, a research programme established in 1992 to better understand population health in rapidly transitioning societies. The research population consists of 120,000 people living in 31 villages in 21,500 households. About 23% of households have no regular source of income and this has an impact on health.

As a non-profit, we depend on your support

But it is unclear how best to ensure effective and meaningful participation in practice.

The Agincourt public health observatory provides an opportunity to try out approaches.

We engaged a cross-section of the community in Agincourt in a participatory action research process. The aim was to find out which health topic was their priority and what they could do about it. The participants included community and religious leaders, traditional healers, community health workers, clinic committee members and family members. They were involved in decision making from the beginning of the process. This presented an opportunity to learn and to exercise control over decisions and actions affecting their lives.

Water as a priority

The participants as co-researchers identified lack of safe water as a priority health concern. They nominated women of reproductive age as a group whose voices were excluded, and recruited them to expand the process of exploring the topic.

Participants talked about what was causing and contributing to their water challenges, what the impacts were, and what actions were needed most. They also took photographs and used these to define and share their experiences. These were a way to document, reflect on and communicate water issues in the community.

They said they often went without piped water for a long time. Infrastructure was unreliable or unavailable. Service delivery was inadequate. Water sources were informal and unregulated sources. Droughts added to the problem of poor supply. They all said they urgently needed a water tap in each household.

Participants also shared what they knew about interconnected social, behavioural and health impacts. Infectious diseases such as schistosomiasis, cholera, typhoid, and other intestinal infections were linked to lack of safe water. They reported on how lack of safe water compromised sanitation and the safety of women and girls. It contributed to hunger and malnutrition, and caused social unrest and protests.

Women and children had the biggest burden of collecting water. Participants said that water shortages drove people into poverty as time for work and education was lost. The physical strain of carrying water was also reported to affect health.

Participants attributed lack of safe drinking water to many issues. These included climate change, illegal connections, and poor planning by the government. Water was reported as being “stolen” through illegal connections and unmaintained infrastructure. Participants said municipalities took a long time to respond to issues raised by communities.

Stakeholders representing rural communities and the authorities then collectively developed a local action plan. Their discussions centred on improving agency, control and power, and rebuilding a sense of community ownership. They committed to behavioural change and reorganisation of existing services and these actions were monitored through followup visits.

The local action plan was partially achieved, with three out of seven action items completed:

The greatest accomplishments were creation of dialogue in perceived safe spaces and collective implementation promoting mutual understanding and learning.

A key theme that emerged from the discussions was the value of partnerships between sectors. This was due to the cross-cutting nature of water as a resource, and its impact on health, economy, education, environment and social life.

It can’t be left to the department of water and sanitation alone to make water policy and to develop interventions. Sustainable solutions require other sectors to get involved too.

Embedding the process in an established public health observatory helped to create a neutral, mediated space for inclusive meaningful participation.

Reflections and looking ahead

Interactive workshops increased familiarity, ownership, and control of the process, and built mutual understanding relationships and trust. Facilitation was key in ensuring that discussions were focused, substantive, inclusive and respectful. Facilitators made sure that people’s experiences and knowledge were represented. The workshops were co-designed with participants, and located at suitable venues, times and dates.

Including stakeholders throughout the process (priority setting, design, implementation) has the potential to bridge the gap between theory and practice through production of relevant evidence for policy and planning.

Our process emphasised that allowing local voices to be heard in safe spaces increased people’s capacity to solve problems, learn and gain confidence. As one community stakeholder put it:

There have been a lot of service delivery protests in communities, but they did not accomplish much; everyone realised that it is time to shift our ways of thinking and initiate dialogue, unite and collaborate and create sustainable partnerships to solve community problems. 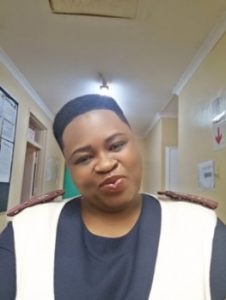